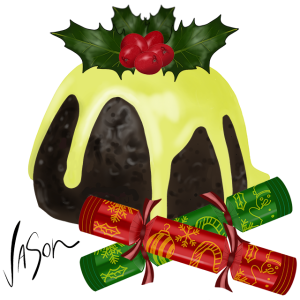 The festive decorations adorning our retail stores are a stark reminder that Christmas day is just around the corner.

For many it’s a time to gather with family and friends.

My family has rotating roster that dictates who will be hosting Christmas lunch.

My wife and I are both chefs, so we at least have to put in half an effort when it’s our turn to host.

Exchanging or returning gifts (broken or unwanted), coping with a hangover, post-Christmas bargain hunting and lots of leftovers in the fridge.

Of all the leftovers, baked ham would be the most common. Most people don’t want to waste big chunks of meat – but how do you use leftover ham without getting bored?

A little imagination! But don’t make sandwiches, because that’s boring.

A cheesy ham omelet for breakfast would be better. Or, a filo pastry parcel filled with garlic rice and chopped ham.